I am proud to present a co-production between me and YLE TV, “Kasvot Syyrian Sodalle” (Faces of the Syrian War), a documentary on the war in Syria based on my coverage of the conflict during 2012 and 2013. It has been an honor to work with the great Ulkolinja team, the producers Vesa Toijanen, Ari-Pekka Lehikoinen and cameraman Ivar Heinimaa, and of course the whole crew of postproduction at YLE.

The documentary will run tonight on November 14th on YLE TV1 at 10pm. and will later be seen on Yle Areena. I am sorry though to say it will for now only run in Finland, but hopefully it will get international distribution as soon as possible. I will update on that one.

This war is not over yet by far. But as long as we keep reminding the world of that fact over and over again, it will not fall into that silence that so many other conflicts have and all the people and suffering forgotten along with it. Thank you to everyone involved in this project for pulling it off. 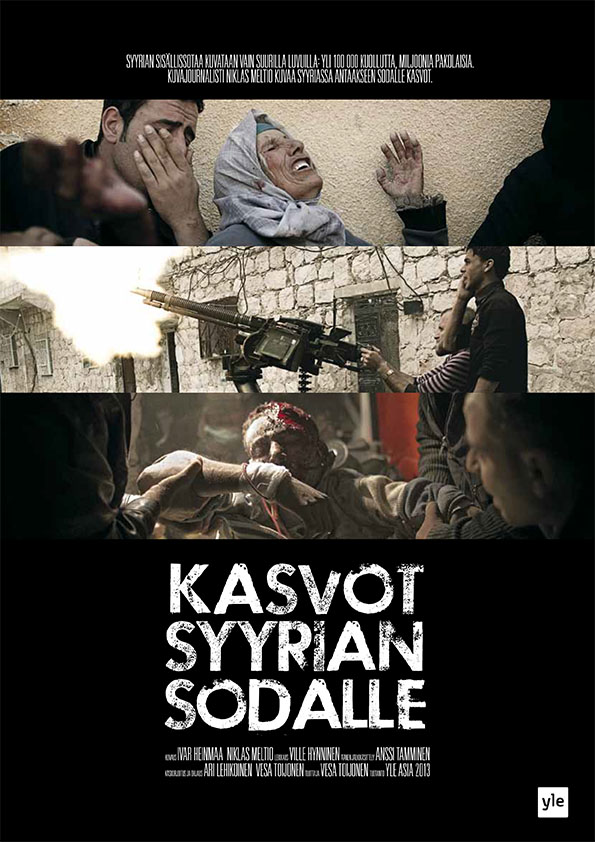 Previous postReportage on Syrian Refugees in Iraq out today. Next postNiklas Meltio becomes a Canon Explorer