Reportage on Syrian Refugees in Iraq out today.

My recent photo reportage on Syrian Kurds who have fled to Iraq to escape the war and Islamic extremists is published today by not one, but two Finnish newspapers: Hufvudstadsbladet in Swedish and Aamulehti Sunnuntai in Finnish. When I visited the desert and the camps in September, it was obvious that this was a new wave of refugees and that an increasing number of Kurdish Syrians were fleeing due to the spread of extremist groups in the North of Syria rather than as a result of the fighting. 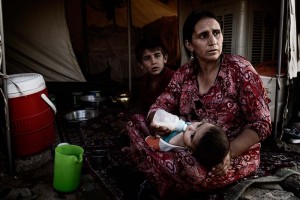